In my last post, I compared dancers’ diets based on the results of a survey I sent to my Instagram followers. While it is true that I was overjoyed to have had many willing dancers participate in the survey, I was not expecting to receive such a wide range of responses to the questions! Plus, it was also interesting to see what eating habits of other dancers were similar to my own.

That being said, I began to wonder how different the diets of professional athletes might be compared to dancers since they must have special eating regimes that help them do well in their sport. Additionally, after performing some research I learned that different athletes eat differently depending on what their athletic goals are.

For example, a gymnast or an ice skater may eat similar to that of a dancer because they need the energy to do their sport but also maintain their figure since both fields are also aesthetically focused (in addition to of course being athletically focused). 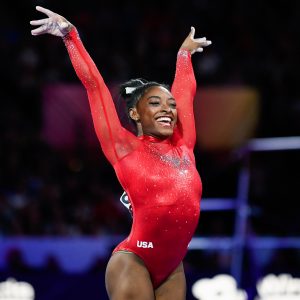 Breakfast: a protein waffle and fruit

In general, it seems that Simone really focuses on making sure she’s getting enough lean protein (through chicken and fish), fiber (through lots of vegetables and fruit), and complex carbohydrates in her diet. Maybe having protein waffles for breakfast and snacking on plantain chips is the secret to her superhuman flips! 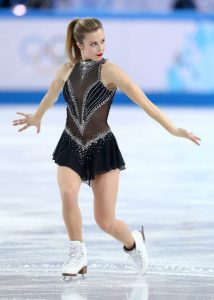 (Side Note): She allows herself to have a “cheat day” once a week – Thai food is apparently her favorite!

Similar to Simone, Ashley also prioritizes lean protein, fiber, and complex carbohydrates in her diet. However, she seems to incorporate slightly more healthy fats, snacks more throughout the day, and also splurges a little by relaxing from her diet by having a “cheat day.” P.S. I definitely want to try her smoothie recipe, it sounds delish!

Furthermore, I later discovered the reason why these professional athletes’ diets are similar to dancers was that they also are only “active” for shorter amounts of time, whether it be on the floor or on the ice rink. This means that they typically eat foods that give them instant bursts of energy.

Another example of athletes that also perform in a sport that requires a short burst of energy are tennis players and sprinters. I chose to spotlight the diets of Olympic tennis player Serena Williams and Olympic sprinter Usain Bolt… 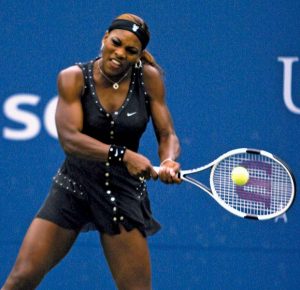 Breakfast: oats with strawberries, tangerines, and almond butter along with some metabolism-boosting supplements

Afternoon snack: a fat-burning drink made with lemon juice, matcha green tea, and cinnamon, and sometimes some chicken if she’s feeling low on protein

(Side Note): Serena eats plenty of nuts, beans, lentils, and sprouted quinoa since she is mostly plant-based. However, like everyone she also has cravings, including things like moon pies, grits, and fried chicken (some of her favorite things), and “guilty pleasures,” like tacos, beignets, and pizza with chips (which she will enjoy in her off-season).

Serena’s diet is an excellent example of one that has balance because while she does eat very healthy she also allows herself to eat and enjoy her favorite foods as well! I really like how she incorporates both plant-based and lean protein in her diet! 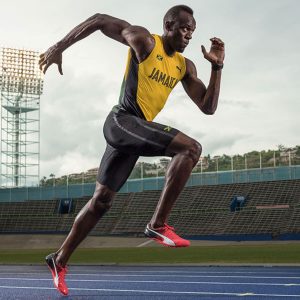 Snack(s): fresh mango, pineapple, and apples throughout the day

Usain’s diet definitely seems to have a focus on carbohydrates and protein (along with little additions of home with his Jamaican dumplings). In the interview from the article where I got this information from Bolt states that “during the day I only eat just enough to have the energy for training and to make sure I digest fast enough. But at nights, before I go to sleep, I consume a lot of food.” This must be what it takes to be the “fastest person ever!”

In contrast, there are some athletes that require eating foods that will give them energy for a longer amount of time including those like a track runner, a swimmer, or a diver. 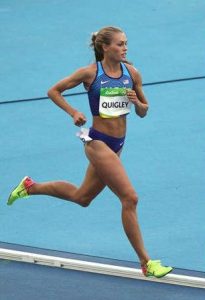 A Sample Day of a TRACK RUNNER: Colleen Quigley

Breakfast: coffee and oatmeal (topped with nuts, seeds, a banana, and almond butter)

Lunch: a veggie egg scramble with avocado toast and kombucha

Dinner: pasta with grilled chicken and a kale salad

Quigley’s diet is another example of an athlete that focuses on lean protein (eggs and chicken), healthy fats (nuts, seeds, almond butter, and avocado), and fiber, and complex carbohydrates (oatmeal, toast, and pasta). I also love that she drinks kombucha too (for all those healthy probiotics)! 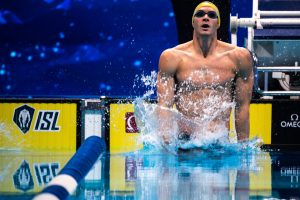 Breakfast (before practice): a PowerBar and a banana

Ryan appears to rely heavily on carbohydrates (both complex and simple carbs) to fuel his body and utilizes both pre-workout and post-workout snacks/meals. Another thing I noticed is that his pre-workout meals are much smaller than his post-workout, probably to make sure he does not feel too heavy but still has the energy to push himself at practice. Definitely want to try his smoothie recipe as well!

Just for kicks, I was curious to see how crazy some athletes’ diets could be and came across Olympic Snowboarder Chloe Kim (my family is a big fan of her, also because she’s Korean☺︎︎)… 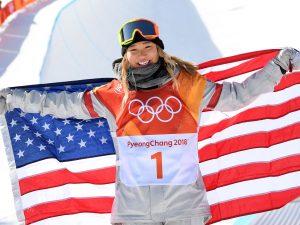 One of the main reasons I discovered why Chloe has to eat such hearty meals like these was simply due to the fact that she spends most of her week snowboarding for three-hours straight, so the girl has got to eat! She seems to have a very healthy relationship with food and does not restrict anything in her diet. As best said by Chloe Kim herself, “I eat whatever I crave; that’s who I am.” 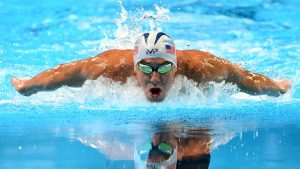 Sample Day of An Olympic SWIMMER (with an insane diet): Michael Phelps

Lunch: half a kg of pasta, two large ham and cheese sandwiches covered in mayo, gallons of energy drinks

Dinner: half a kg of pasta, pizza, and more energy drinks

Similar to Kim, Phelps also burns many calories throughout the day and has a fast metabolism which is why he is able to eat a diet like this and still look the way he does.

Thus, as one can see from the information I gathered in this post, professional Olympic athletes’ diets can vary pretty extremely, from being super strict to being more relaxed, depending on how intensely they are active in their sport and also their athletic/aesthetic goals. However, it is helpful to keep in mind that each of these athletes has tailored their diets to their personal sport and that they all have different genetics. Additionally, I also want to say that I am not stating that one diet is “better” or “worse” than the other nor suggest people try to mimic them.

I call it the boba ball aesthetic🧋‧₊˚✧˖

known this one since the elementary school days an

this time last year in Salt Lake City with the @so